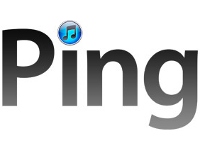 Ping the first music centric social network by Apple has crossed one million users within 48 hours of its launch.Ping has been joined by one-third iTunes 10 downloaders and in the forthcoming weeks the Ping community is likely to expand more.Apple introduced Ping along with iTunes 10 during the company’s music and iPod media event on September 1 in San Francisco.


Besides letting its users follow world renowed celebrities like Lady Gaga,ColdPlay,U2,Jack Johnson,Yo Yo Maya and many more, Ping lets us keep a watchful eye on our favourite artist’s activities, pics, vids, tour dates and comments on several other compositions.Apart from that, users get the freedom to post their own  thoughts, ideas and opinions on their favourite iTunes music, concerts, functions and many more exciting objectives.In short Ping is a paradise for music lovers who want to go social.

However, Ping is not available to users of Croatia, India, Chile and few other countries which makes it lag behind other social networking circles like Twitter and Myspace in terms of availability.