You are here: Home › ATI Radeon May Transform into “AMD Radeon”
Updated on September 25, 2010 in Miscellaneous 0 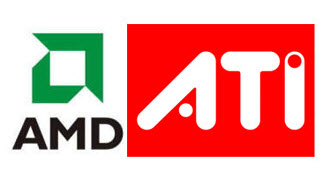 There are rumours on the internet that AMD might be willing to drop the ATI brand for it’s graphics products for good and use it’s own name as a replacement.Even if some say this will strengthen the AMD brand there is also the possibility of making one of the worst decision ever.

AMD acquired acquired ATI Technologies back in 2006 with the plan to start making complete platforms consisting of core-logic sets and microprocessors as well as in order to integrate graphics processing units (GPUs) and CPUs into a single piece.

Since it started out ATI has always been known as one of the best graphics brands while AMD has been known for it’s cheap and good microprocessors so maybe removing the ATI from “ATI Radeon” and making it “AMD Radeon” is not the best idea one could have.

The most dangerous place to use the internet?
The new Samsung Galaxy Tab Teaser