You are here: Home › Bing App for iPhone and iPad updated with new features
Updated on September 28, 2010 in Miscellaneous 0 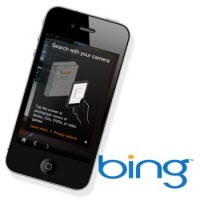 Microsoft, the tech-giant has released a new update for Bing App for iPhone and iPad which brings exiciting new features and enhanced travel and map options, that can prove to be a boon for all Bing loyalists. The update comes with a lot of bugfixes, stability fixes and usability tweaks, especially in image search, and design updates which have rendered options and dialog boxes easier to use.

Among the assigned features, the best option in the update is the redesigned travel feature. The Price Predicator has been integrated into the app making it more lovable.

It provides top airfare deals from the home airport including last minute and weekend deals. The interactive Deals Calendar shows when those great deals are available. Flight search option finds a great fare on a particular date, the Estimated Price Preview lists airfares for alternate dates and airports and the Bing Travel Flight status shows if a scheduled flight is on time.

Revolutionized mapping experience allows better display of traffic details, business listings etc. Font size has been made proportional to the size of the roads with added neighborhood labels that convey location in cities. Best part is that the user can switch between map view and list view at any time.

Some other features are the ability to open multiple tabs within the Bing application, pushpins for saving location and multiple location on a single map.Apart from all this voice, social or image search and visual scanning are also included for an improved performance.

If you haven’t installed Bing on your iPhone or iPad device before, give this new update a try. It won’t let you down.