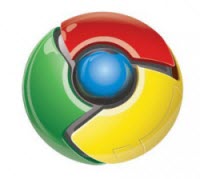 The much awaited update for developer version of Chrome 7 has been finally released with a unique set of features. This version with build 7.0.536.2 employs the experimental ‘about : labs ‘ feature to deliver excellence in web surfing. Beside a whole lot of security patches and bug fixes, the update also delivers numerous changes to Chrome’s App-related code, a silent gesture at the forthcoming Chrome’s web store.


The utilization of  ‘about : labs’ feature makes Chrome the first web browser to implement Google Instant from its address bar . Other notable feature is the built in support for  hardware acceleration on certain CSS properties and the default activation of  WebGl 3D graphics technology. Operating system specific enhancements include exposed like view of all tabs in Mac which supports triggering with a three finger swipe on touch pad and a left sidebar that display the active tabs in Windows. 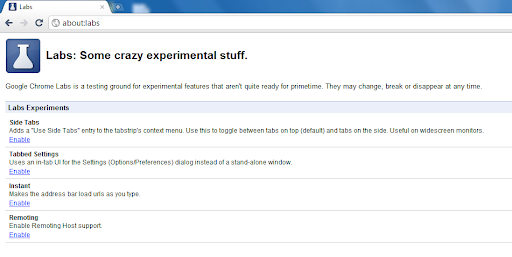 While other browsers are still working to include hardware acceleration in them, Chrome has already laid the foundation stone. The marvellous features in the dev version  makes the users to look forward for the release of the final stable version of Chrome 7.