You are here: Home › Facebook announces new set of features
Updated on October 7, 2010 in Miscellaneous 0

Facebook is on the verge of receiving a makeover by rolling out a set of interactive features for its 500 million users across the globe. The new inclusions are meant to provide the users a better control on the information they share on the web’s biggest social network. Facebook’s chief executive Mark Zuckerberg, has informed that his team had toiled hard for the last sixty days to correctly include these changes and has also promised a number of new launches and redesign in the forthcoming months. 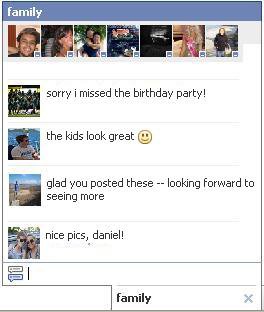 The first feature is ‘Download your information’ which permits the creation of a backup of everything present in an account including messages, Wall posts, photos, status updates and profile information. Protection has been paid enough attention in this case to ensure security of account information. The second feature unleashes a completely new and improved ‘dashboard’ that integrates all the apps and provides an in-depth information as to how they access data to render personalized experience. The final and the most important is the revised ‘groups’ feature which allows the users to create their own closed groups comprising of selected members from their friends list, to start a controlled sharing environment. Group chat between the members of a group is also incorporated. A group e-mail address can be set up that converts mails to posts and vice versa when the group members are away from Facebook for some reason.

Other noticeable change is the shift of Facebook chat to the left hand side of the Facebook account page and minor tweeks in the interface to combine things to one.