You are here: Home › Google acquires BlindType
Updated on October 4, 2010 in Miscellaneous 0 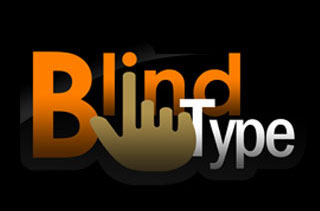 The acquisition list of Google got incremented with the news of another startup company called BlindType, being acquired by the former. The San Francisco based startup specializes in the domain of on-screen keyboard technology which it vehemently flaunts in its tagline “ Touch typing the way it should be. Accuracy not required “. BlindType confirmed the news of the acquisition in its blog.

BlindType provides the user the freedom from the frustration of typing with a vigilant look on the keyboard and being remotely accurate at the same time. It allows the user to type anywhere on the screen. The technology senses the relative touch positions and predicts the word with such a high degree of accuracy that has not yet been seen on any other popular on screen keyboards like Swype. BlindType uses the same technology to allow sloppy typing, by sensing the pattern already entered and providing a list of probable words or corrections. The only shortcoming is that, the technology identifies the correct word only after it is completely entered. Despite of it, BlindType paves a potential way of entering text on devices that employ on-screen keyboards.

The Youtube demo videos are impressive and so is the fact that the technology works equally well in all languages. Probably it will be seen integrated in the future versions of Android smartphones by Google. Needless to mention that texting and e-mailing on such devices will become much hassle-free then.