You are here: Home › Google Chrome 7 confirms GPU Acceleration for 2D and 3D Content
Updated on October 3, 2010 in Miscellaneous 0 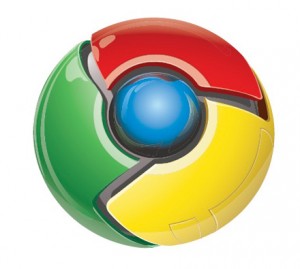 Although Microsoft announced hardware acceleration as a big main feature in the new Internet Explorer 9, Google might be faster than them with this new feature for Chrome that has only been announced yesterday.

This new feature will result in a part of the rendering being sent to the GPU thus the performance will be greater and there will be less CPU usage.Good thing about using the GPU is that you are not restricted to use it only for 3D content because it can also be used for some of the 2D tasks
.

Some of the things GPU can do is image scaling and composing – this graphic work will be using a new process called  GPU process.This process will be accepting graphic commands from the renderer process and will be sending them to OpenGL or Direct3D.

The technology is now ready and can be used.To do so you must run a recent Chromium build with the -enable-accelerated-compositing flag.After this you should observe the GPU process running with the others.This will be the new process handling hardware acceleration.

With this being ready Google has started working on using the GPU to handle certain tasks.For starters most of the layers of a page, including text and images, are rendered by the CPU and then sent off to the GPU.

Also on the GPU color conversion and scaling can be done by video layers and 3D layers like those with WebGL can now be rendered entirely directly on the GPU.

The last step that bends all the bits and parts together to create the final page you see on your screen will also be done by the GPU.In the future the google chrome team wants to make even greater improvements to this new great feature so that performance will be even greater than it is right now.And from this team, we know it will be sooner than anyone thinks, like usual.