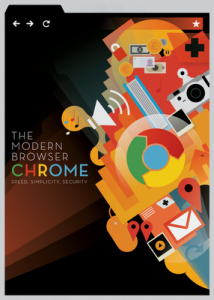 Google Chrome celebrates 2 years of existence with the new version 6.0 stable.Since the day they launched there have been some changes here and there but there were also some things that didn’t change almost at all.

When it launched Chrome was a very simple browser yet powerful browser, with a clean and minimalist UI and amazing speeds.From the beginning it supported Windows, MAC and Linux, making it faster and safer with every version.

The new version, has a lot of features improved and a lot of bugs fixed. Major changes are :

Good thing about Chrome is that it has a great team behind to make it better and better for you and all the millions of users. You can now download the latest final build of Google Chrome 6 at Google.com/chrome