You are here: Home › Google’s Goggles visual search finally arrives on the iPhone
Updated on October 6, 2010 in Miscellaneous 0 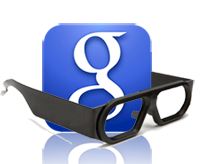 After much wait, Google Goggles has finally been released for iOS platform. Android owners had been enjoying the advantages of beta version of Google’s visual search for a year or so and now iPhone owners have received the much awaited privilege. The app does not come with a separate entity, but as an update to the existing Google Mobile app on the Apple app store. With this new feature Google has finally covered all the three modes of search on iPhones – Text, Voice and Image.

Goggle is an interactive image search option that analyzes any image clicked by the smartphone and provide relevant information and search results on that snap. Presently, the application works better with images of buildings, logos, book covers, DVD’s, games, artworks and famous landmarks. The response is poor for animals, people, food or plants. The app is still under the Google Labs project and is expected to improve in the future.

The app can be used on iPhone 4 or iPhone 3GS running iOS 4 since it requires an auto focus camera. First time users of can download the “Google Mobile App” from the Apple app store for free. Those users who are already using the Google app on their iOS smartphone can simply run an update to get the new Goggle search feature.