You are here: Home › GV Connect Returns to iPhone App Store
Updated on September 26, 2010 in Miscellaneous 0 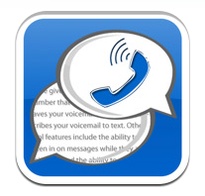 The removal of Apples support for Google Voice clients in the last year caused quite a stir among its active users.However, this year the web community can celebrate the triumphant return of GV Connect, a third party Google voice app for iPhones and iPods in the AppStore.Developed by Andreas Amann, GV connect is a native app capable of interacting directly with Google voice accounts.The app possesses a sleek interface and includes all features sought in any unofficial Google voice app.

Below is a list of  few notable features in GV Connect :

The return of Google Voice apps seem to be very promising to pave the way for other apps to return to the store which have been axed earlier. Users can now download the fully featured app, GV Connect from the Apple App Store for $2.99.