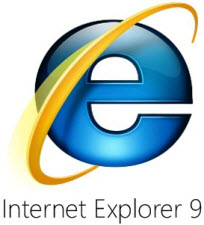 Microsoft has released its latest version of web browser, Internet Explorer 9 beta, tagged as “most ambitious browser release Microsoft has ever undertaken“.Clad in a host of new features and offering a speedier performance, the beta version aims at regaining Microsoft’s hold on the browser market which is slowly being taken over by other popular browsers like Firefox and Chrome.

The features that has been added to IE9 to provide its users a better a web experience are as follows :

IE9 supports incoming global web standards such as HTML5 allowing web developers to create rich web sites with graphics and video.
All this will surely give IE9 a “kickstart” in the market.However IE9’s late arrival (end of this year or next year) might bring chances to its rivals to include these features.Hence, an early release is required.﻿